The FC Barcelona away jersey for the season 2013/14 will be launch mid-June.

The theme of the jersey is the Catalan flag Seynara. The same theme has been used from time to time with Valencia.

Since Real Madrid will use orange in conjunction with both their new home and third jersey one may say that the general theme of 13/14 is that of Valencia. A good sign for the club by the sea ? we hope so )

But back to FC Barcelona. The jersey in the image released by Nike is the authentic player’s version. 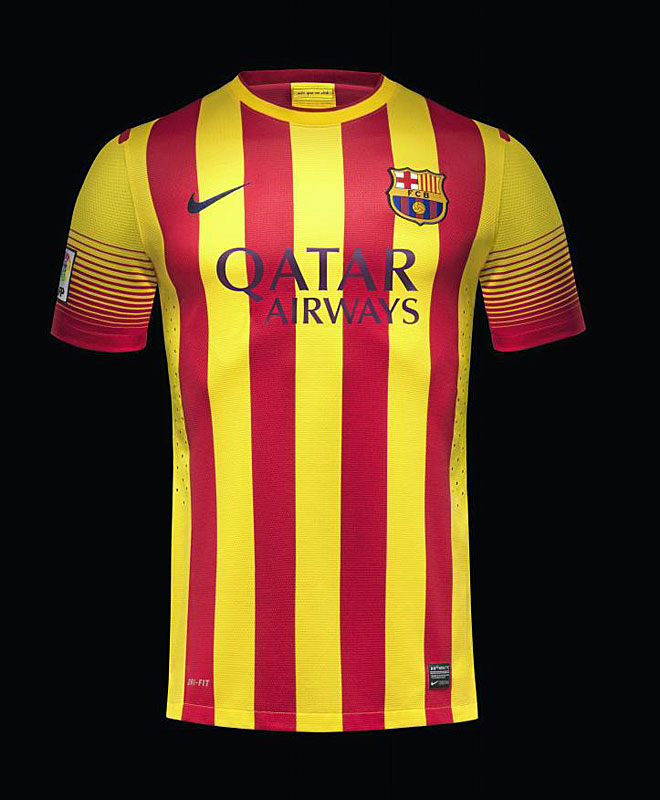